UR Seismic Control - A design exercise 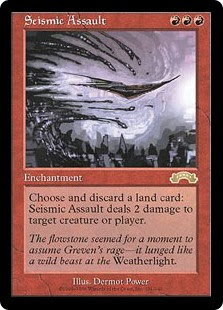 I like to set myself challenges in terms of deck building. I find it helps creativity and provides unusual and entertaining  experiences that I learn a lot from. A common challenge is to remove a typically included colour from an established archetype. My most recent attempt at this was to have a straight red blue Seismic Assualt deck. Normally they would use green to find, recur and ramp lands or white to tutor easily for enchantments and have the Swans of Brynn Argol engine, or both! Obviously you can run Swans in RU but this felt a bit like cheating - I wanted to see if you could get it done without that sort of thing.

The plan was two fold, one involved using a high quantity of draw seven effects to both find your Assault and have sufficient lands in hand for the kill. The second involved getting to a high number of land in play and using either Trade Routes or Upheaval to get them back in hand ready to throw at your opponents face. Neither were quick nor that reliable and so a fairly control style deck was needed to house the elements. I wanted most of my cards to cycle and I was very happy to have lots of scry style effects and exile effects so that I could increase the frequency of my action cards. 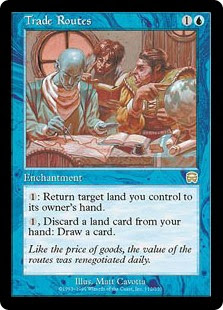 Chrome Mox, the various Time Walk effects and Solemn Simulacrum were all simply to ramp up my mana in play. You need nine mana to be able to Upheaval and cast Seismic Assualt which is not a realistic thing to survive to in such a threadbare control deck. All of those bar the Mox effectively cycle as well so they comply with the general decks design.


As I didn't need any card advantage due to the big draw seven effects I could focus on card quality in things like Impulse. This was to make up for the lack of appropriate tutors for Seismic Assault - a card I simply needed to be able to win. I also played Spellskite to potentially offer some protection for the Assault due to its importance. 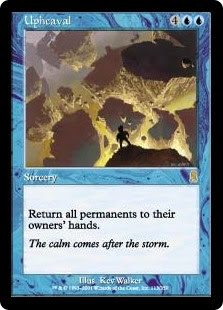 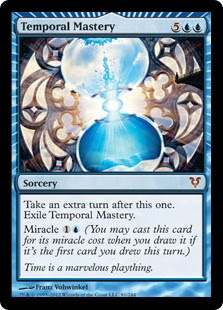 Force of Will
Temporal Manipulation

Bonfire of the Damned 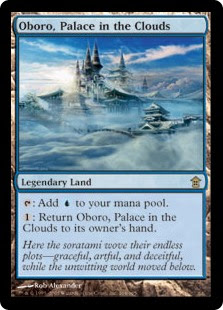 
Some other stuff I wanted to play: 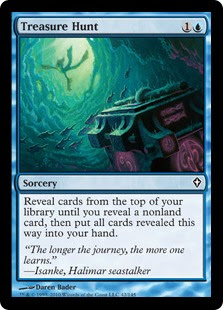 The only awful card was the Treasure Hunt which should have been something else. The deck did not have the land count nor the capacity to mould the library enough to abuse properly. There were a few other cards that could have easily been swapped for other things, Simulacrum for Electrolyse would have been fine, Ponder for Impulse etc. Not direct replacements but as a lot of the deck was simply appropriate filler cards these sorts of changes will make subtle differences but have little overall effect across lots of games versus lots of different decks.

Bonfire of the Damned was the only card I played simply as a powerful control card able to buy me lots of time and handle things. It felt a bit cheaty but mainly this was because it was really good, almost a necessity in what is essentially a combo deck trying to curve out like a control deck to nine mana. The combo was very hard to set up so that it could kill someone and was especially vulnerable to life gain. This was offset somewhat by the fairly unfair combination of draw seven effects and the taking of extra turns which I have seen obtain wins for far more tenuous things that Seismic Assault. 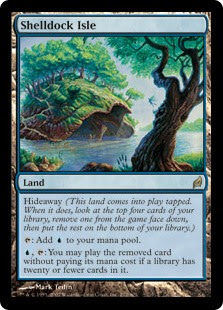 Ultimately the deck would have been quite fun and fair if it were not for Shelldock Isle which utterly broke it and let all sorts of abusive things happen. With all the card filter and draw it was incredibly easy to turn on the Isle and common place to set it up to get a big spell under it for its obscene mana saving potential. Several games I used it multiple times with all the bounce land effects for extra card advantage goodness. Casting my spells at instant speed was also of great help. All this from a land felt unfair, and was frankly. It allowed me to go off that much faster and that much more dangerously.

A very fun deck to play but gets both of the slow aspects of control and combo leaving your opponents bored and miserable.