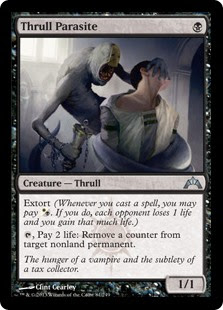 With the set now out I thought it was time to try the mechanics out in a forced synergy style deck. The aim with decks like this is to provide a home for as many playable cards with the new mechanic as possible and combine them with the best high powered cards that work well with them. The decks themselves are never better than tier 3 and are pretty happy to take a few games of real decks here and there. The purpose, other than it being loads of fun playing with new and silly cards, is to find out in which situations and with what kinds of cards the new mechanic is best suited to.

It was pretty clear while reviewing Gatecrash that extort would be a good thing to have on a card but no reason to be playing an overly weak or cross purpose card simply to get the effect. Should any of the few more interesting extort cards turn out to be playable it will be useful to know how to take advantage of the extort bonus. Realistically these cards are Thrull Parasite, Blind Obedience and at a push Crypt Ghast however I have included a few less powerful and useful extort cards in the deck so as to ensure I would have access to extort as often as possible. This makes the deck weaker in terms of average card power but then offsets this a little with increased deck synergy. Although the aim is not to be forging a new top tier cube archetype we cannot abandon the notion of trying to win with the deck, if you just get utterly smashed every time you wont get a chance to try the new effects. 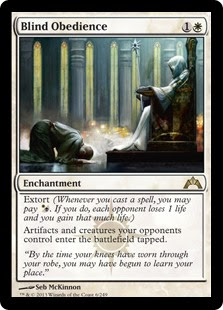 Extort is not really anything more than a handy little mana sink. The effect for the mana is going to be costing you too much tempo in the early game to be of much value. As the game goes on a little it scales up quite well as their life total drops and you have spare mana. Extort provides both a bit of reach and a bit of life gain which allow you to alter your deck design a little. With extra lifegain reliably to hand you can afford more things like Thoughtseize and Dark Confidant. With the extra reach you can play fewer removal spells and / or evasion creatures. These are both subtle effects but in a deck packing five extort outlets it adds up a bit. While there are no real abuses or going off style combos for extort that I can think of there are plenty of good ways of building decks to make the most out of it. As it is an added mana cost on to spells it is worth playing ramp and playing cheap spells so as to be able to start sensibly extorting as early as possible. Extort also adds a flat amount of minor value to every spell in your deck which means it is relatively more of a power boost to cheaper low powered cards. A late game Chrome Mox is fairly dead but with a pile of extort effects in play it is suddenly a Lightning Helix to the face. Another way to add synergy to extort is with cards that give you further casting triggers for extort. Cards with flashback or simply ones that just draw more cards are both ideal however more subtle cards like Kor Skyfisher and Gravecrawler also have a similar effect.

Overall then I was aiming to build a very cheap deck that was fairly unafraid of playing cards that cost life or were situationally weak or dead. In addition to this I wanted to ensure I was continually casting spells with a healthy supply of mana as reasonably possible. To make the reach aspect of extort useful I wanted to be able to apply early pressure to get their life total as low as possible before they start to stabilize on the board.  Here is the list I found myself playing: 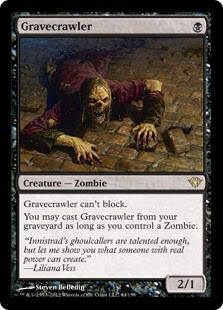 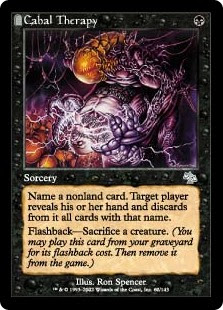 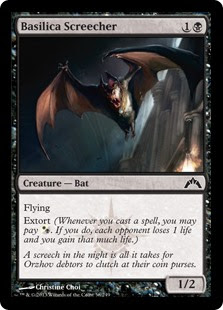 Obviously I didn't win a match with this concoction but I did take a few games here and there and put up a reasonable fight. It did not help I was also greedy on the mana base and was frequently white screwed. Sadly the best performances from the deck where the ones where I drew only the normal cube power cards and none of the extort and support cards. The most fun was getting to late game with three extort effects in play and pulling back from one life against Boros deck wins. Basilica Screecher is obviously terrible and will probably never see cube play again but it performed better than Syndic of Tithes in the deck! Both cards are too dependant on their extort effects to be playable and so are consequently not. The other three extort cards are all more interesting disregarding the extort however they are all a bit obscure in their other effects and are consequently hard to make good use of, especially when they are all in the same deck. I included a few relatively painless ways of enhances these cards where possible however it was all fairly marginal. Crypt Ghast is the very end of my curve and so as a ramp effect seems really weak, as such I played Yawgmoth's Will for some serious abuse and not too bad in the deck without the Ghast. I also had Gravecrawler Carrion Feeder combo to sink mana and the Skullclamp with Bloodghast as well to sink a bit of mana and get some more cards. These were the only sensible mana dumps I could find that fit with the deck. As for Thrull Parasite I threw in a Geralf's Messengers in the hope I could reset the undying but obviously never did. The Thrull was still pretty good simply because he disrupted my opponents cards rather well. The Blind Obedience is dependant on what your opponent is up to and so very hard to build in a way to abuse but I never drew it any way... 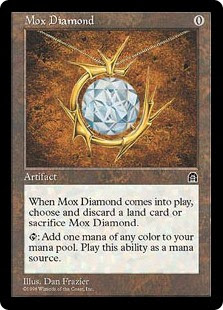 Moxes seemed like an ideal way to increase the spell count and ramp the mana early and so I greedily played Chrome and Diamond. Land Tax seemed like a good compliment in a deck wanting to have a relatively low land count to draw a high concentration of spells but also to have a decent supply of mana. It also ticks the box for being cheap. The rest of the deck was basically just things to make it reliably able to apply early pressure and staple good black and white cards to keep it competitive.

Overall the outlook is bleak for extort. While it is a lovely little bolt on bonus to have on a card it does not seem to be on either enough good cards or any real power spells or even cards that work really well with it. We already knew that the mechanic was not going to be able to support an archetype which this decks performance fully supports. The odd deck might have the odd extort card in it but it will usually be something like a sideboard card using its non extort effect against something specific. As such there will be very little call to consider how to make best use of the extort, at best it could could sway some very marginal calls between similar cards such as the one mana targetted discard spells. It is kind of like spending a lot of effort trying to abuse the protection from blue on Goblin Piledriver. Let us at least hope the evolve.dec goes a little better and that evolve will be a little more significant in cube.